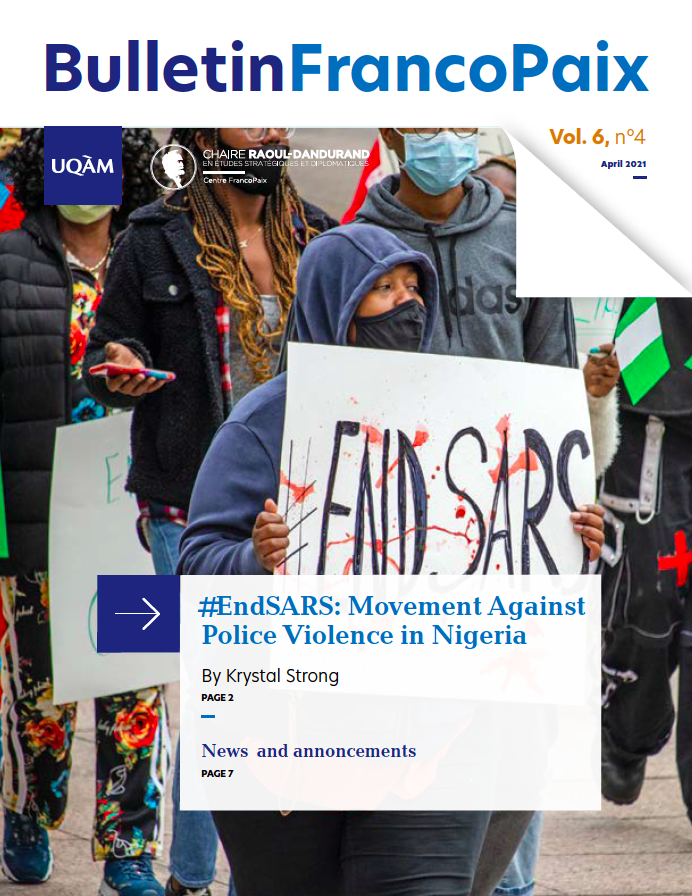 In Nigeria, the #EndSARS movement against police brutality has drawn attention to the abuse of power by a unit of the Nigerian police, the Special Anti-Robbery Squad (SARS), which has become a symbol of state violence and corruption.

On October 3, the death of a young man following his arrest by the SARS triggered large-scale mobilizations. They were fueled by the anger of demonstrators facing years of impunity for numerous abuses by this Nigerian police unit: extrajudicial executions, extortion and torture.

On October 11, the SARS was dissolved and replaced by the Special Weapons and Tactics Unit. Despite that decision, the mobilizations continued.

Young women are playing a leading role in this struggle. Through online crowdfunding, protesters and victims are receiving support in an unprecedentedly transparent way.

On October 20, the protesters organize a sit-in at the Lekki toll booth. They are violently repressed by the police. For security reasons, the organizers of the #EndSARS movement decide to keep a low profile.

Although the "Lekki massacre" marked the end of the protests, a number of mobilizing initiatives continue to emerge, particularly in view of the 2023 presidential election.